John Banville was born in Wexford, Ireland, in 1945. He was educated at Christian Brothers Schools and St. Peter’s College, Wexford. He worked in journalism from 1969, as a sub-editor on The Irish Press and from 1986 at The Irish Times. He was Literary Editor at The Irish Times from 1988 to 1999.

The Newton Letter was filmed for Channel 4 Television as Reflections, with a script by the author, and directed by Kevin Billington. Banville has adapted Elizabeth Bowen’s novel The Last September, which was filmed for Scala Productions in 1997, directed by Deborah Warner, with a cast including Maggie Smith, Michael Gambon, Fiona Shaw and Jane Birkin; the film was produced by Yvonne Thunder, with Neil Jordan and Steven Woolley as executive producers.

Banville’s version of Heinrich von Kleist’s comedy, “The Broken Jug,” was staged at the Abbey Theatre in Dublin in June 1994, and a short television drama, Seachange, was broadcast in autumn 1994 by RTE television. Another Kleist adaptation, “God’s Gift” (after Amphityron), was staged at the Dublin Theatre Festival 2000 and on tour. A one-man adaptation of this novel, “The Book of Evidence,” ran at the Kilkenny Theatre Festival in 2002, and had an extended run at the Gate Theatre, Dublin, in 2003.

He has worked with the film director Neil Jordan on a number of projects, including The End of the Affair, and has co-authored a script based on the George Moore short story, Albert Nobbs, for Glenn Close. An original screenplay, The Great O’Neill, based on the life of the 16th-century Irish aristocrat and rebel, Hugh O’Neill, commissioned by Tyrone Productions, is in progress.

Banville has contributed to numerous BBC radio programmes, including a series of short monologues, collectively titled Stardust, on Copernicus, Kepler and Newton, broadcast on The Verb in 2004. An adaptation of Henry James’s The Spoils of Poynton was broadcast by RTE radio in the 1980s.

Among the awards John Banville’s novels have won are the Allied Irish Banks fiction prize, the American-Irish Foundation award, the James Tait Black Memorial Prize, the Guardian Fiction Prize. In 1989 The Book of Evidence was shortlisted for the Booker Prize, and was awarded the first Guinness Peat Aviation Award; in Italian, as La Spiegazione dei Fatti, the book was awarded the 1991 Premio Ennio Flaiano. Ghosts was shortlisted for the Whitbread Fiction Prize 1993, The Untouchable for the same prize in 1997. In 2003 he was awarded the Premio Nonino. He has also received a literary award from the Lannan Foundation in the U.S. He won the Man Booker Prize 2005 for The Sea. 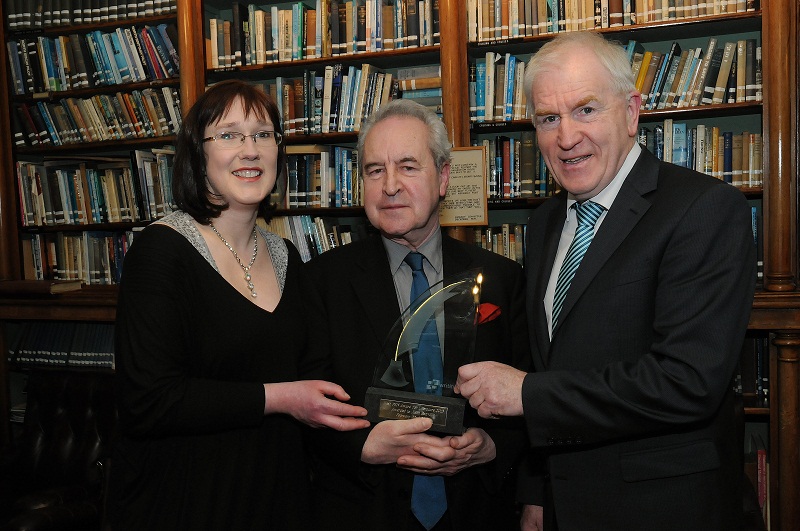