“Writers and the International Spirit”: Irish PEN in the Postwar Years

On the first public event to celebrate W. B. Yeats’s seventieth birthday in 1935, the writer Sean O’Faolain announced the manifesto of Irish PEN: “We have founded PEN to feel the rivalry, the emulation, the excitement of ideas, of criticism, of everything that belongs to the world of imagination and ideas . . . we recognize and fight for the intellectual fraternity of mankind.” Well aware of the publicity surrounding the event, O’Faolain left the public in no doubt as to nature of the group’s intention to oppose censorship when he urged Irish writers to “fight to the last ditch” for the liberty of the press.

The vision of the writer as the liberal conscience of the world was the cornerstone on which the Irish PEN group was established; initially in the 1920s under Lady Gregory, and later by Lord Longford (patron of the Gate Theatre) in 1934 when it became a formalised club. It attracted a broad membership from Dublin’s literary circles including the aforementioned O’Faolain, Dorothy McCardle (Irish PEN’s first woman Chairperson). Maurice Walsh, Kate O’Brien and Austin Clarke.

Over the next decades, the Irish PEN campaigned for the rights of authors and intellectuals and against censorship, forging extensive networks extending to South America, the United States, France, Netherlands, Sweden, New Zealand, Poland, and London, and regularly representing Irish PEN at International Congress.

In 1953, Irish PEN became the centre of international attention with over four hundred PEN delegates from all over the world descended on the capital for a period of 5 days. Well-known international writers in attendance including Margaret Storm Jameson, Andre Maurois, Peter Ustinov, Stevie Smith, Neil Gunn, Bertolt Brecht and Shizue Masugi –  to discuss literature, the issue of freedom of expression, and forge important cross-cultural networks.  This article gives a brief account of the story leading to this event, and the crucial role of the club in opening up dialogue between international writers. 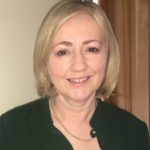 Dr. Deirdre Brady is a lecturer at the University of Limerick.  Her research focus is on writers’ groups and intellectual networks in the cultural marketplace. She’s published in several academic journals and is currently completing a monograph on literary organisations which include the histories of Irish PEN, and The Women Writers’ Club (1933-1958). Recent publications include: ‘Writers and the International Spirit: Irish P.E.N. in the Postwar Years’, in The New Hibernia Review (2017); ‘The Road to Cuzco: An Irish woman writers’ journey to the ‘navel of the world’  in Irish Migration Studies in Latin America (2018), and ‘Modernist Presses and the Gayfield Press’ in Bibliologica (2014). She has also published articles in The Irish Times and has presented at several international conferences. Her research interests include Irish female print culture, women writers’ networks, private printing presses and the history of the book in the twentieth century.