Irish PEN is delighted to honour author John Banville with the 2013 Irish PEN Award for Outstanding Achievement in Irish Literature.

John Banville’s career has seen him presented with numerous awards. His novel The Book of Evidence was shortlisted for the Booker Prize and won the Guinness Peat Aviation award in 1989. His eighteenth novel, The Sea, won the Booker Prize in 2005. He was awarded the Franz Kafka Prize in 2011 and is a perennial contender for the Nobel Prize in Literature. Banville also writes as Benjamin Black and will write a new Philip Marlowe novel for publication in 2013 featuring the hero-detective of Raymond Chandler’s best-selling books, under his Benjamin Black pseudonym. He is considered by critics as a master stylist of language, and his writing has been described as perfectly crafted, beautiful, dazzling.

Jimmy Deenihan, Minister for Arts, Heritage and the Gaeltacht will present the PEN Award for outstanding achievement at this year’s Award Dinner, which takes place at 7pm on Friday, February 22nd at the Royal St George Yacht Club, Dún Laoghaire.

To avoid disappointment, we urge early booking – available online at this link: http://irishpendinner2013.eventbrite.com

This year Irish PEN has regrettably lost its Arts Council funding, and therefore your membership fees are essential to keep us running. You can now choose to renew your membership here, when purchasing your dinner ticket. Attendance at the dinner is open to all.

Guests arrive for 7pm & please bring your eTicket to collect your dinner ticket at the door. We very much look forward to meeting you on February 22nd. 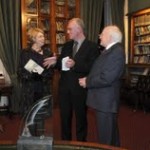 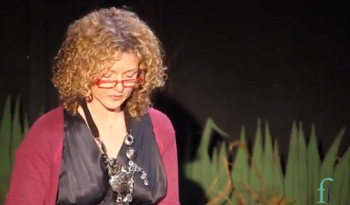 Day of the Imprisoned Writer

The Day of the Imprisoned Writer celebrates and supports writers who resist repression of the basic human right to freedom of expression and who stand up to attacks made against their right to impart information and insight.

On 15 November former Beirut hostage and writer Brian Keenan, poet Nuala Ni Dhomhnaill and journalist Justine McCarthy will read from the work of writers based around the world who have been targeted because they had the courage to speak their minds. These writers challenge injustice and confront the governments and oppressive regimes who see every criticism as a threat to their power. The human voice is one of the most powerful weapons in defence of human rights and against tyranny, and the writers whose work will be profiled on November 15 have paid a very high price for their courage including:

Chinese poet Zhu Yufu was imprisoned for seven years last December, charged with ‘inciting subversion of state power’. The charges reportedly relate to a poem he wrote, as well as other online writings, interviews he gave to foreign media and donations he collected on behalf of families of people jailed for their pro-democracy and human rights activities.

Turkish human rights lawyer and writer Muharrem Erbey has been held in prison since 2009 charged with having links with the illegal PKK. Muharrem Erbey is a writer and columnist and member of the Kurdish Writers’ Association.

On 02 September Iranian journalist and women’s rights activist Jila Baniyaghoob began a one year prison term because of her work as a journalist and human rights campaigner, documenting the post-election demonstrations in Iran, and state violence.  Her husband, and fellow journalist, Bahman Ahmadi Amou’i is also in prison because of his work as editor of a leading business magazine.

Writers, journalists and poets often force us to confront the reality of the world we live in. They challenge the myths and the self-aggrandising propaganda to expose the truth – the violence and the repression that is inflicted on a daily basis on those who refuse to remain silent in the face of injustice.

The Imprisoned Writer; readings with Brian Keenan and Nuala Ní Dhomhnaill, takes place at 5.15pm in Temple Bar’s New Theatre, with light refreshments served in Connolly Books afterwards. This is a co-event with Front Line Defenders, a Dublin-based international organisation dedicated to protecting human rights defenders at risk, people who work, non-violently, for any or all of the rights enshrined in the Universal Declaration of Human Rights.

Eventbrite Link for this event is at : http://theimprisonedwriter.eventbrite.com/

The following report on the 78th PEN International Congress is by J. Anthony Gaughan:

The 78th Pen International Congress was held in Gyeongju, South Korea, from 9 to 15 September 2012.  Eighty centres from around the world were represented at the Congress.  The 300 delegates were formally welcomed by Gil-Won Lee, president of Korean Pen.

In his key-note address John Ralston Saul emphasised the crucial role of Pen in defending and safe-guarding freedom of expression, the well-spring of democracy and the foremost bulwark of human rights.  The theme of theCongress was ‘Literature, media and human rights’.  In the light of the remarkable development of digital media Congress approved for distribution a ‘Declaration of Free Expression and Digital Technologies’ which deals with clear and urgent questions about the relationship between digital technologies and freedom of expression.  The Pen principles outlined in the declaration apply to the Internet, blogs, micro-blogs, social networks, email, voice-over, Internet Protocol calling and texting and electronic devices such as computers, cellular phones, smart phones, mini-computers, and tablets.

The Writers in Prison Committee had to hand on updated list of writers who during the past year had been killed, imprisoned or otherwise victimised for campaigning for and exercising freedom of expression and for their attempts to expose corruption in autocratic regimes of the left and the right.  The steps Pen had taken to assist them was discussed and how efforts to this end could be made more effective.  Resolutions and recommendations advocating the lifting of laws banning freedom of expression and requesting the release of journalists and writers in prison for defending human rights and the exercise of free speech were passed and forwarded to the authorities in Belarus, China, Cuba, Eritrea, Ethiopia, Honduras, Iran, Mexico, Puerto Rico, Syria and Vietnam.

Reports to the Women Writers’ Committee highlighted the continuing appalling plight of women in Islamic countries.  An unusual issue – the proposed international standardisation of the Portuguese language – was brought before the Translation and Linguistic Rights Committee.  This concerned a project by the Portuguese government to fundamentally reform the Portuguese language.  Their stated aim is to make the language more amenable to use in the electronic media and to make it more user-friendly to those speaking it in countries beyond Portugal, such as Brazil, East Timor, Mozambique etc.  Portuguese academics, scholars and writers strongly oppose the project arguing that it will lead to an unacceptable redaction of the language.  After a number of informative presentations the Pen Committee guaranteed its support for their stand.

John Ralston Saul was elected to serve as president for another three years.  The financial statement which indicated a significant credit balance was passed.  It was announced that the next Congress would be held next September at Reykjavik, in Iceland.

Gyeongju, Korea– Over 300 delegates have gathered in Korea’s historical city Gyeongju for the 78th PEN International Congress. The Congress was launched by host centre President Gil-Won Lee, which this year explores themes around Literature, Media and Human Rights.

PEN’s diverse and unique community of writers and members gather each year to share ideas, discuss new campaigns and initiatives,highlight emerging issues and challenges to freedom of expression around the world.

The Congress will see keynote speeches by Nobel Laureates , Wole Soyinka and Jean Marie Gustave Le Clezio as well as training sessions and workshops, lectures, literary events and networking sessions. The annual congress is an opportunity for members from all centers to share their diverse expertise and experience.

In his opening speech, PEN International President John Ralston Saul echoed the core purpose of PEN around the world:

“Through all of [our] work we must constantly remindourselves that our cause is literature.  Literature and freedom of expression are neither a nicety nor a legal technicality.  They are a way of imagining  the relationship between peoples.  Between people.  People who may disagree or dislike each other or, in fact, know nothing about each other.”

At the opening Ceremony, PEN International announced its Declaration on Free Expression and Digital Technologies, which will address concerns around digital technology, particularly freedom of expression through digital media.

PEN plays a global role in promoting literature and protecting freedom of expression.

PEN International celebrates literature and promotes freedom of expression. Founded in 1921, our global community of writers now comprises 144 Centres spanning more than 100 countries. Our programmes,campaigns, events and publications connect writers and readers for globalsolidarity and cooperation. PEN International is a non-political organizationand holds consultative status at the United Nations and UNESCO.