Poets Kate Ennals and John O’Donnell will discuss, and read from, the poetry of  İlhan Sami Çomak and Chimengul Awut.

John and Kate are both Board members of the new Irish PEN/PEN na hÉireann, launched November last on the Day of the Imprisoned Writer. 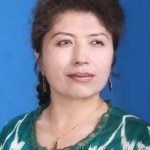 Chimengul Awut is a Chinese editor and poet, recently released after two years in a ‘re-education camp’. She had been imprisoned – without formal charge – because of her work editing a Uyghur-language novel. It is estimated that up to 1.8 million people may be detained in similar camps throughout China. 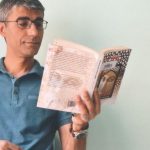 İlhan Sami Çomak is a Kurdish poet, one of Turkey’s longest-serving political prisoners. He was arrested in 1994 and charged with membership of the banned PKK Kurdish militia, a charge he has always denied. In jail, Çomak has released eight books of poetry.

Associate Membership is open to those who take an active interest in literature and subscribe to Irish PEN/PEN na hÉireann’s principles on responsible freedom of expression. (€30 per calendar year)

Membership for students and people who are unwaged costs €10 per calendar year.