The Freedom to Write Campaign is affiliated to Word, a group of professional writers who meet in the Irish Writers Centre, and also to Irish Pen. Freedom to Write are working with PEN to form part of a global movement to advocate on behalf of writers who have lost their voices and, tragically, all too often, their lives, in the pursuit of justice. In Ireland, the Freedom to Write Campaign undertake a number of projects advocating for writers, most recently, to coincide with the PEN International Day of the Imprisoned Writer, on behalf of Ukainian film maker and writer Oleg Sentsov.

While Irish PEN is still, to some extent, the social organisation it was set up to be in 1934, their emphasis is changing and they are now actively aligning more closely with PEN Centres around the world taking on a vital role in the defense of free speech. Relaunching their website this week, www.irishpen.com, Chair of Irish PEN, Vanessa Fox O’Loughlin said, “In today’s political climate it is vital that we stand with writers whose freedoms are being threatened. Irish citizens understand occupation and oppression, and as a neutral nation we have a unique role to play on the international stage. Many of the greatest writers of our time are Irish. We have a voice and we need to use it.”

PEN was one of the world’s first non-governmental organisations and amongst the first international bodies advocating for human rights. It was the first worldwide association of writers, and the first organisation to point out that freedom of expression and literature are inseparable – a principle that is championed today in all PEN Centres

The first and founding principle of the PEN Charter asserts that ‘literature knows no frontiers’. These frontiers were traditionally thought of as borders between countries and peoples. But for many women in the world – and for almost all women until relatively recently –perhaps the most powerful frontier was the door of the house she lives in: her parents’ or her husband’s home.

PEN International’s Women’s Manifesto is a set of principles which aim to protect free expression for women by combating and eliminating the silencing of women worldwide, whether through censorship, harassment, or violence:

“For women to have free speech, the right to read, the right to write, they need to have the right to roam physically, socially and intellectually. There are few social systems that do not regard with hostility a woman who walks by herself.

PEN believes that violence against women, in all its many forms, both within the walls of a home or in the public sphere, creates dangerous forms of censorship. Across the globe, culture, religion and tradition are repeatedly valued above human rights and are used as arguments to encourage or defend harm against women and girls.

PEN believes that the act of silencing a person is to deny their existence. It is a kind of death. Humanity is both wanting and bereft without the full and free expression of women’s creativity and knowledge.”

Working closely with PEN International, Irish PEN plans to bring Irish voices into the debate for freedom of speech at events both in Ireland and aboard. 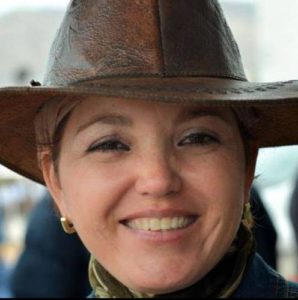 At 7am on an ordinary morning, Miroslava Breach Velducea left her home in Chihuahua City, Mexico to drive one of her three children to school. Shots rang out while she was in her car. Eight bullets entered her body. Her child was uninjured but Miroslava was dead by the time the ambulance reached the hospital.

Why did this happen?  It’s not difficult to find the answer. She was a fearless investigative journalist who headed her own news agency and investigated the links between politics and crime. She was one of six journalists killed in Mexico in 2017. No one has been charged with her murder. In 2018 another five journalists have been killed in Mexico, and the year has yet to run its course.

Mexico is one of the most dangerous places in the world to be a writer and, also, to be a woman.

Susana Chavez was only 35, an activist  and a poet. She left her home one night to meet some friends in a bar. It is dangerous for a woman to walk alone at night in this border town that is riddled with drug cartels but Susana refused to allow herself to be ruled by fear; this was her town – shouldn’t she be able to move around freely? The short answer is – no.

Susana never reached her destination. Her death was not politically motivated but a random killing by a group of teenagers, high on drugs. It was a heart-breaking irony that she should suffer the same violent fate that had befallen so many young women in her community. Their killings had been the inspiration for many of her poems but her voice was silenced on that night in January 2011. The statistics from that border city are stark. 86 women murdered in 2017, up 34% on 2016. This has been described as an uncontrolled pandemic in which the vast majority of cases go unpunished.

Irish poet Kerrie O’Brien read a poem by Susana that had become an anthem at protest meetings highlighting this horrendous violence against women.

Blood of my own,
blood of sunrise,
blood of a broken moon,
blood of silence,
of dead rock,
of a woman in bed
jumping into nothingness,
Open to the madness.
Blood clear and definite,
fertile seed,
Blood the unbelievable journey,
Blood as its own liberation,
Blood, river of my songs,
Sea of my abyss.
Blood, painful moment of my birth,
Nourished by my last appearance.

Zehra Doğan:  ‘A picture paints a thousand words’ – this is starkly illustrated in the case of the imprisoned Turkish-Kurdish painter and journalist, Zehra Doğan.

Zehra is currently serving a prison sentence of almost three years. Her crime – creating a painting which depicted the destruction caused by Turkish security forces in a Kurdish region in Turkey – a painting that was copied from an official army photograph.

Drawing Turkish flags on buildings destroyed by Turkish forces and sharing the image of her work, featuring current military operations, was the reason for her prison sentence, according to the ruling. Her plight had been highlighted by International Pen and has also attracted other support groups and individuals. The artists, Banksy, painted a street mural depicting her imprisonment on the Bowrey Mural Wall in New York. At the time the mural was unveiled, Zehra was unaware of its existence but since then she has managed to make contact with him. Liz McManus, novelist, ex-politician and Chairperson of the Irish Writers Centre read her letter to him. 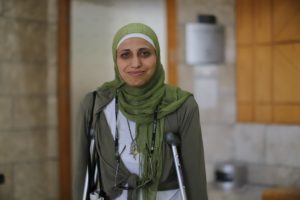 In September 2018 Palestinian poet, Dareen Tatour, was released from an Israeli prison after a PEN International campaign. Dareen said, “I am very happy to have freedom at last after three years in prison, remand, house arrest with an electronic cuff and again house arrest,” she told reporters. “At last I’m free, and I will continue writing. I will not stop. Of course I won’t. The whole case was about a poem.”

Her crime was to recite one of her poems on a video titled ‘Resist, My People, Resist Them.’ She was charged with incitement to violence and support for a terrorist organization. Israeli literary figures were among the many protests groups who voiced their disgust at her imprisonment.

One of her detention restrictions was to prevent her from publishing any of her writings. ‘Imagination can never be imprisoned’, she said and wrote a book of poetry and a novel during that time. She describes her isolation as the “silver lining” of her imprisonment.

Kate Ennals, poet and member of the Freedom to Write campaign, read one of Dareen’s poems, which was translated from Arabic by Andrew Leber, and is titled Detaining a Poem.

One day,
they stopped me,
shackled me,
tied up my body, my soul,
my everything…

Then they said: search her,
we’ll find a terrorist within her!
They turned my heart inside out—
my eyes as well,
rummaged through even my feelings.
From my eyes they drew a pulse of inspiration;
from my heart, the ability to sketch out meanings.
Then they said: beware!
She’s hiding weapons deep in her pockets.
Search her!
Root out the explosives.
And so they searched me…

Last year 218 attacks on freedom of expression were documented by PEN. Freedom to Write Campaign chair June Considine said, “To make sense of it all seems like an attempt to scale an unassailable mountain but every action matters. Signing a petition, sharing campaigns on social media, word of mouth, a card sent to an imprisoned writer, contacting your local politician, everything helps.”

Irish PEN and the Freedom to Write Campaign need the support of Irish Writers – to find out more, sign up or get in touch, check out www.irishpen.com